Thursday January 11, 2018 - 15:53:12
Wararka
0 Comments
872
Super Admin
Wadajir party today announced taking to court those behind the armed attack on their party headquarters on 18th December 2017 in Mogadishu.
Speaking to Goobjoog News, the general secretary of the opposition party Sayid Ali noted that the attorney general, security commanders of the security soldiers who carried out the deadly attack and any other person involved in matter will be taken legal action against them.
Ali also pointed out the amazement on why the government has not initiated an investigation into the incident.
"This media press concerns our pursuance on the problematic last month incident on our headquarter yet not investigation has been carried out by the government and solution attained in the process. As a result, as a party we decided to open a case in the courts generally on the people we know who carried out this operation especially the security commanders of the soldiers who attacked the place, those who facilitated through the law like the attorney general and the communication entity leading the matter from the presidential side” said Secretary Ali.

In his addressing, he raised that his party is not involved in illegal activities. "Our party is not the only in the town and we don’t carry out contrary activities from the rest.”
He expressed his hope that the alleged perpetrators will face the law on the hardship they brought upon the people whose members were killed in the crossfire and those who survived.
"I hope the perpetrators will be brought into account the pain they inflicted upon the families whose loved ones perished in the attack as well as the survivors” he added.
He mentioned the illegality of the high court to hear the case of the beleaguered former presidential contender Abdirahman Abdishakur on the party ticket.
"Our leader has completed his case. One time he was taken to court, another time he went by himself and the first phase is over. In the second part, which was initiated again has no merit because we have the first verdict which stated no appeal can be brought against him” he told Goobjoog News.
Politician Abdirahman Abdishakur was arrested on 18th December 2017 after his house was attacked by government forces and released 3 days later by the Banadir regional court on insufficient evidence by the office of the attorney general.
The next day an appeal was instituted by the attorney general and Banadir Regional Appeal Court ordered him to appear before the court on the 27th of the same month but the hearing flopped due to lack of legal representation by the defendant whom he withdraw their services on the same day.
The Appeal Court appointed 3rd January 2018 as the next hearing day but the defendant did not appear compelling the court to rule in absentia among others overruling the decision of its Regional Court that the case cannot be appealed against and asserted the right to hear it, gave the green light to the office of the attorney general to carry out further 60 days investigation on the case and barring the embattled politician from leaving the country until his case is settled by the court.
The court also imposed fines on 8 lawyers who refused to represent the defendant and at the same time ordered 5 of them to halt offering legal services for up to 2 consecutive months while the other remaining 3 were fined each in Somali Shillings an amount equivalent to US$ 2,000 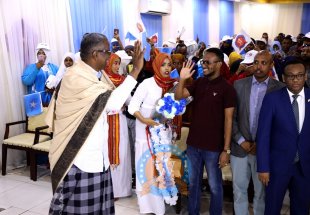 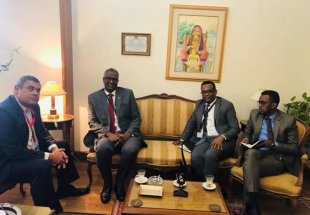 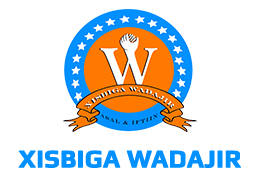 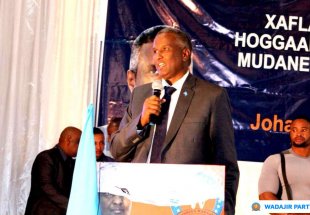